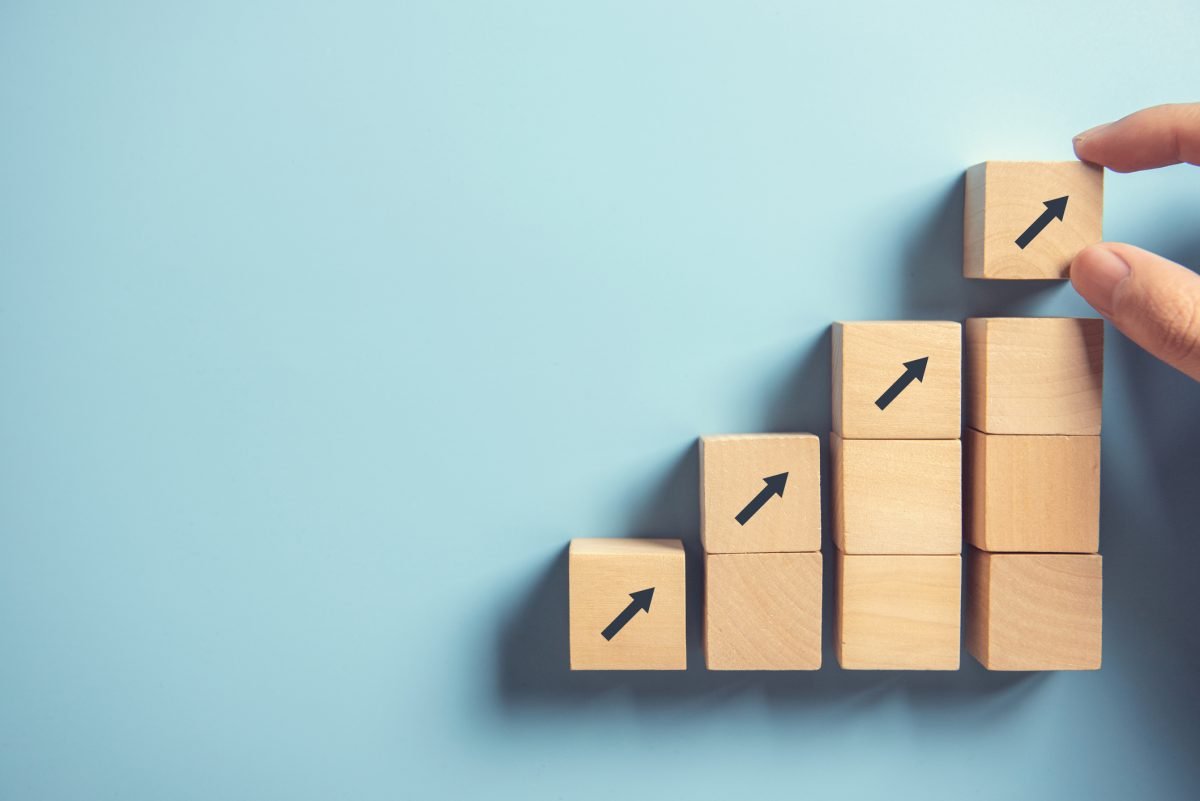 Growth in the Homeschooled Population

The big question arising from the Covid public school lockout, March 2020 through the 2020/21 school year, will be its effect on public opinion about the legitimacy, practicality and happiness of home education. As CCHE Government Relations Director Patty Marler says, “The media coverage has all been parents saying, ‘It’s been awful,’ and ‘We can’t wait to get the kids back to school.’” Predictably, state-sponsored media and badly educated reporters assume the necessity of state education. A wider consequence of the pandemic has been a growing rift between the Official Narrative and under-the-radar public opinion, hidden from pollsters. And finally, given that the homeschooling percentages never rose above the mid-teens, sadly, most families apparently never tried educating their kids themselves.

Lacking reliable opinion polls on the “Covid bounce,” one revealing number may be the lingering growth in the homeschooled population, after the schools returned to business. So, in its May research webinar, the Global Home Education Exchange (GHEX) featured Dr. Steven Duvall, analyzing U.S. Census Bureau data. Its Household Pulse survey showed: in February 2020, before schools closed, 6.7 percent of U.S. households homeschooled “one or more” children “in the previous year.” In August 2020, at the height of the scare, 11.6 percent said they’d homeschooled. Then, in March 2022, after schools reopened, over 10 percent of Americans still homeschooled “in that month.” The questions had varied, but Duvall concluded “confidently” that U.S. homeschoolers “at least doubled,” pre- to post-pandemic.

Further, American homeschool families also became “much more diverse,” Duvall added. The Black community jumped from 3.3 to 16.6 percent, a 500 percent increase, followed by the Hispanic 350 percent increase and the East Asian 300 percent. This may be significant globally, if Covid lock-outs introduced homeschooling to population cohorts who never previously considered it, like the inner-city.

As we’ll see below, Canadian homeschooling enjoyed equivalent growth from a smaller baseline. CCHE’s Patty Marler has mined the provincial authorities for data on the growth in homeschooling during and after Covid, to the degree possible. Seven provinces (Alberta, B.C., Saskatchewan, Manitoba, PEI and New Brunswick), with just under two million of Canada’s five million school age kids, provide reliable numbers under more-or-less restrictive regulations. Since Ontario, with two million students, does not require homeschool registration, it has no hard numbers, but the largest homeschooling cohort. And since Quebec and Newfoundland have the most restrictive regulations, we’ll also save them for later.

So now, we’ll first consider the provinces we can track, and then the Ontario mystery. Feel free to skip over any place beyond your home or neighbouring provinces.

With the much smaller baseline, New Brunswick’s Francophone system had the most dramatic growth – 563 percent! – but up from only 32 students, 0.1 percent of their 29,800 kids, to a 2020/21 figure of 212 or 0.7 percent. Yet surprisingly, post-Covid, the number rose again in the 2021/22 school year, to 271 students, another 28 percent increase, to 0.9 percent of public school students. This may represent homeschooling now breaking into once-uninvolved cohorts, like the U.S. urban minorities.

In contrast, the friendlier western provinces saw larger numerical growth, though lower percentages. Homeschool-friendly Alberta (obliging registration but providing funding) has a total student population of 634,800. During Covid, Alberta’s homeschooled number grew 80 percent, almost doubling from 13,600 (2.1 percent) to 24,400 (3.8 percent). That then dropped to 21,700, post-Covid, or 3.4 percent of students. So the community held on to a 60 percent growth, 2019 to 2022.

British Columbia retained the highest number of new homeschoolers in the year after the lockout. From a yet-higher baseline, the growth was “just” 45 percent, from 26,140 or 3.8 per cent of their 685,600 students, to 39,800 or 5.8 percent. Then in the 2021/22 school year, the cohort slipped only slightly to 35,340, or 5.2 percent, holding on to a 35 percent increase. One might again speculate whether the immigrant-rich Lower Mainland may have seen a sudden awareness of home education, on the part of population cohorts who’d simply never previously considered it.

On the Prairies, Saskatchewan’s homeschooled grew from 2,780 to 4,660, a 68 percent growth, from 1.3 percent to 2.3 percent of the total student population or of their 209,000 students. Then in 2021/22, it barely dropped to 4,520, still solidly 2.1 percent of kids, and preserving a 63 percent increase from pre-Covid. Interestingly, Saskatchewan’s bricks-and-mortar school count has 22,500 “e-learning” students, registered and “attending” on-line local schools with standard curricula. This may suggest that independent homeschoolers opt out at least in part for better curricula, rather than simply enjoyment.

So now the Ontario enigma. With 2,245,000 kids aged 5-18 (2021), if we apply the seven-province averages, Ontario had 56,100 homeschooled pre-Covid (2.5 percent), which cohort grew to 96,500 (4.3 percent) during the public school lockdown, which then fell back post-Covid to 85,300 or 3.8 percent of all kids. Now, arguably, the number may be higher than the seven-province average, given the absence of regulation and resulting ease of homeschooling. On the other hand, it may be lower, given Ontario’s long-standing, primarily religious independent schools, with 120,000 or 5.3 percent (OFIS) of students – though British Columbia has an equivalent body of religious schools. The Ontario Department of Education claimed 2,052,000 students in 2019, or 91 percent of school aged kids, prior to the lockdown, so if the private schools and homeschoolers are splitting roughly nine percent of Ontario students between them, the homeschooling percentages are certainly plausible.

Now for the two provinces most unfriendly to homeschooling: It may worth noting that Quebec and Newfoundland were traditionally Canada’s most Roman Catholic provinces, and both (along with Francophone New Brunswick) have suffered great declines in active church affiliation. It should also be noted that both Saskatchewan and Alberta have constitutionally guaranteed Catholic public schools, and the majority of British Columbia’s 1,600 private schools are Catholic parish schools, while both Quebec and Newfoundland abolished their publicly-funded Catholic schools.

With almost 20 percent of Canada’s student population, Quebec’s homeschooled number is knowledgeably estimated to have spiked during Covid from 5,000 to 11,000, a 120 per cent increase. But that growth was from just 0.5 percent, pre-Covid, to 1.2 per cent of its 964,000 students. Post-Covid, the now official homeschooled figure (2021/22) is 9,630, or right on 1.0 percent. One may wonder whether this represents the growth in a previously uninterested demographic, akin to the American minorities.

Joining the cohort of “the highest percentage growth from lowest numbers,” Newfoundland and Labrador’s homeschool population almost quadrupled, growing 287 percent, from 141 of its 65,000 students or 0.2 percent, to 545 or almost 0.9 percent, and then slumping to 319 post Covid, right on 0.5 percent and still more than double (up 126 percent) the pre-Covid baseline. Given the relatively tiny numbers involved, it seems unlikely that the Rock’s already heavily regulated homeschool regime would be tightened more. At the same time, while nationally, 71 percent of newly homeschooled students stuck with it post-Covid, only 44 percent of Newfoundland’s novices did so. Whether this was a result of its restrictive regulations or other cultural can only be a matter of speculation.

Conclusions? In bureaucratic Canada, as distinct from the United States, growth may prove a mixed blessing. Worried school boards, seeing per-student grants shrinking, may try to double-down on local regulations. Angry teachers’ unions, slipping in their control over “Canada’s Future,” may flood the media with caricatures of homeschool child-beaters. Regardless, education is a provincial jurisdiction; provincial legislators are more accessible, and provincial associations will respond to any threats:  safety, support and solidarity in numbers.