Johann Heinrich Pestalozzi and his Triad: Head, Heart and Hands

As a pioneer of modern pedagogy, Johann Heinrich Pestalozzi sought to apply the principles of Jean-Jacques Rousseau’s Emile, the influence of which marked his life. He founded several schools throughout Europe in order to apply his concrete and direct education methods that are based on the development of all the senses.

Johann Heinrich Pestalozzi was born in Zurich, Switzerland January 12, 1746. His father died when Johann was a young child and he was raised by his mother and a servant. With his grandfather, a clergyman, he visited numerous schools and parishioners’ homes. This made him realize very early the impact of work on children and the shortcomings in the system. He received an excellent education. At first, he devoted himself to a career in the Church but changed course and pursued studies in law at the Zurich Academy. Influenced by the philosopher Jean-Jacques Rousseau, he dreamed of becoming a social reformer centred on the well-being and happiness of people. He headed towards politics but denounced several cases of corruption, creating many enemies, which blocked his path to a law career. It was then that he chose to dedicate himself entirely to the education of poor children. He bought a farm that he transformed into a school for orphans and poor children. This lifestyle, far from profitable, plunged him into financial ruin and he had to abandon his project in the face of accumulated debts. 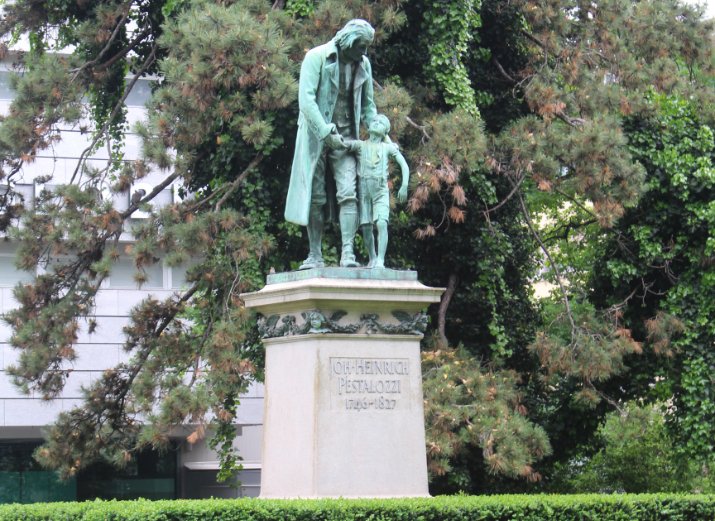 During this time of his life, he wrote about his ideas on education. He then worked in different schools and made a name for himself thanks to the results of his educational methods. Finally, he found a town ready to welcome him in the township of Vaud where four institutes were founded: a teaching institute for boys and another for girls, an institute for deaf children and another one for poor children. He would work there for 20 years, almost to the end of his life. 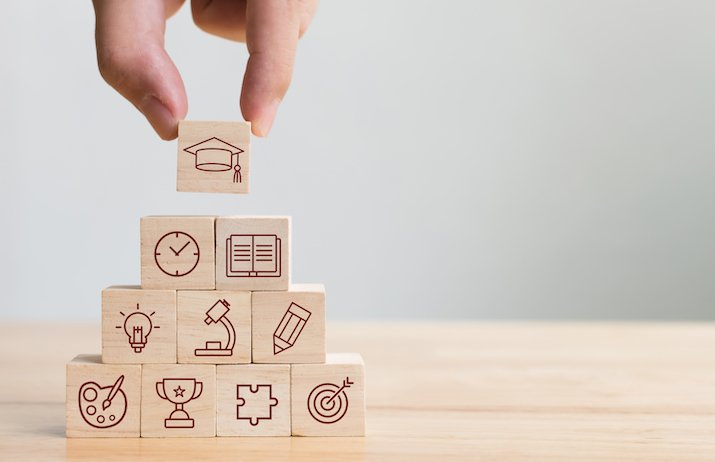 Johann Heinrich Pestalozzi considered that children model their personality, character and reasoning capacity in function with what they live. Therefore, the pedagogical methods of Mr. Pestalozzi placed children in the centre of the process. His philosophy stems from the principle that human nature is good. It is established on four spheres from which children develop: the family, individuality, the transposition of the parent-child relationship to society and lastly the appropriation of education that leads to an inner piece and a living faith in God.

The Methods and Educational Principals

The educator suggested using as a starting point the observations of the students, their interests and their experiences, because according to him we learn “with the head, heart and hands”. Therefore, manual work was part of all students’ learning, alternating with intellectual work during the course of the day.

The principles are based on the approach of the concrete aspects before the abstract, the nearby environment before the distant environment, simple exercises before the complex. Pestalozzi added that it is good to work progressively and in taking one’s time and insist on the importance of acquiring new knowledge through experiences and handling.

Another principle he judged as important: children must not remain inactive but be constantly occupied. Similarly, more advanced children should help the weaker ones, as in any method relying on mutual teaching.

A Stringent Pace and Varied Teaching 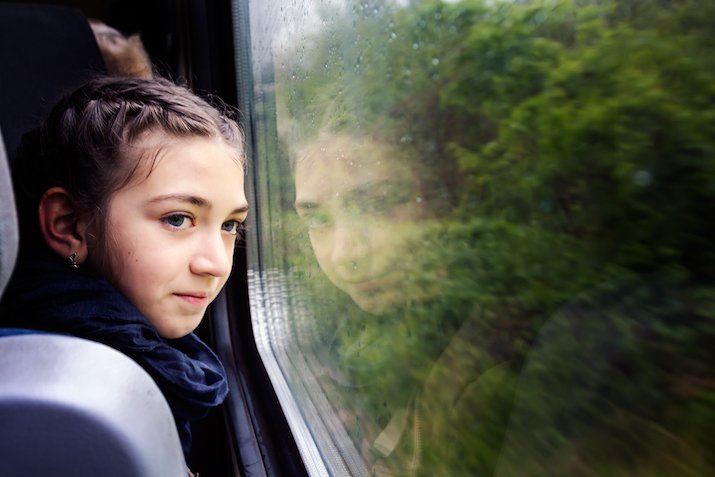 Especially compared to what we find today, the pace proposed by Johann Heinrich Pestalozzi seems stringent. Each day, ten, one-hour lessons were given. However, the activities were varied and included, notably, educational walks. The children received courses in living languages (a minimum of two), arithmetic and geometry, geography, natural sciences, gymnastics, drawing and singing. A great importance was placed on moral education, tolerance, religion, as well as on agricultural and professional fields. Students were never punished or rewarded. As for the teaching staff, they met frequently to stay informed on each student.

Following the guidance of the pedagogue, the classes were organized in function of the student’s capacity and not in function of age. Therefore, four levels from easiest to most difficult were offered in the same timetables. This use of time allowed a student to change classes very easily according to the development of his level.

If we refer to Pestalozzi’s books, in particular the novels in which he recounts a plot into which he slips his methods, we observe that the pedagogue wished to give parents an active role in the education of their children. He thought it was important for a mother, for example, to be able to take care of her children’s education. In this vein, the author makes many suggestions about how to proceed on a day-to-day basis.