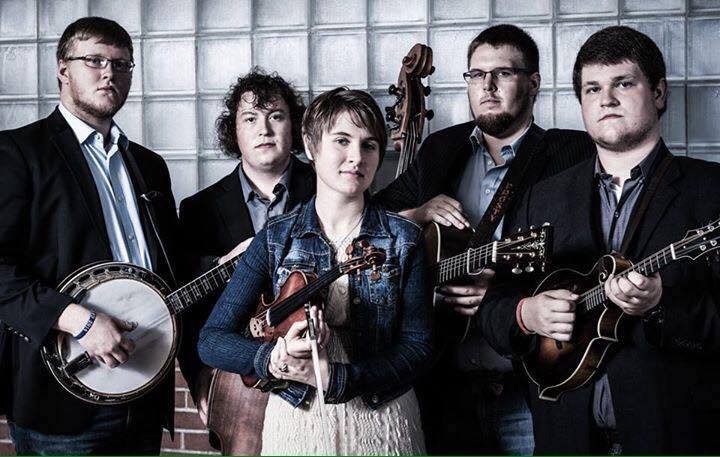 The Key to Success: how home education fosters one girl’s dreams

As a young girl, Aynsley Porchak aspired to being a classical violinist. A decade later, she won the Grand Master Championship in Nashville, TN, playing the violin. Because of this, she now performs on the highly prestigious Grand Ole Opry stage. Her biggest dream has already become a reality, thanks to, in part, the mode of education that her parents had chosen for her: Homeschooling.

At the age of 9, Aynsley, of Woodstock, ON, began traditional violin lessons under the tutelage of Gerald Hamilton and later, Doug McNaughton. At home, her mother played the piano. Her father had played horn at school. Aynsley confides that she always felt a particular affinity for classical music, though, nothing in her young life seemed to point towards an underlying passion for that particular music style. Later on though, her mother had accompanied her to a concert by Natalie MacMaster, an internationally renowned musician from Cape Breton, who ended up being a great inspiration to Aynsley, igniting the undiscovered passion. Aynsley admits, “I really wanted to play like her.”

After discovering this desired vocation, it was then necessary to develop her talent. When she first started out her training, she practiced a half hour each day, which gradually increased to one hour, then two, then three, until finally, by the time she was finishing high school, she was practicing a full five hours daily. To top it off, she also had to devote time to practice for concerts and competitions. Such a pace would have never worked with traditional school schedules, but Aynsley never attended school.

Even before their only child discovered her passion, Aynsley’s parents had already chosen the method of schooling they thought would best benefit her: school at home. According to Aynsley herself, this was the best choice for several reasons: firstly, it allowed the family to focus on important school subjects that conformed to both their family values and the curriculum of Ontario. Their daughter was also able to progress at her own speed. Aynsley’s mother, an English teacher at a Cegep (a pre-university college program in Quebec), quickly noticed her daughter’s academic skill. So, rather than keeping her in a grade appropriate for her age, which could have significantly dampened her child’s interest in school, she responded to her thirst for knowledge and instead put her in advanced studies. Consequently, the young musician completed her curriculum a couple of years in advance of what the school system would have allowed her. Finally, homeschooling allowed Aynsley to pursue her musical passions and spend the amount of time necessary training to get to where she is today. 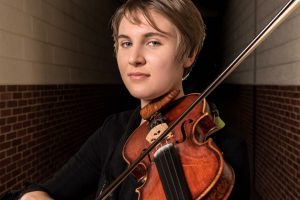 After her homeschooling years, she was admitted to East Tennessee State University in 2013: the only university to offer a major course in Bluegrass and traditional music. She supplemented her musical degree with another major in English literature. At university, she was welcomed with open arms and still seems somewhat surprised at the ease of joining their program with only studies at home to credit her: “A few formalities were enough!” Aynsley recalls. The process of adaptation to the new style of learning however, proved challenging. Aynsley recalls being bewildered by “all these new faces” and also was frustrated by smaller details such as not being able “to interrupt the professor every five seconds, for the slightest questions”. However, after a semester at most, she had nicely settled into the new environment.

According to her, homeschooling affords the student an excellent preparation for university. At the start of its first session, she felt that she had already covered some aspects of the work to be done; above all, it was her attitude that made all the difference. She was much more mature and motivated than most students who had been processed by public schooling. It is her opinion that young homeschoolers are accustomed to working hard and are generally more respectful of their professors.

The young woman recognizes, however, that homeschooling is not necessarily suitable for everyone. The choice can be difficult for parents because the implications are great; if they are confident in their own abilities, homeschooling is the best option, she says.

Aynsley’s family is delighted with the choice they made a few years ago and say they have not even the slightest regrets or doubts that it was the right one. If they had to do it again, they would, and they’d not change a thing.

Aynsley, despite her young age, has already achieved great success. She is happy. This radiant young woman now also performs with a band and has been teaching traditional violin for a few years. She also spends time on her other passion: English literature. Her ideal career would be to find some way to combine the two.

But, in the meantime, Aynsley plays the violin. And when she plays a piece, she seems to glide along a range of emotions that come from it. Of all these feelings though, one seems to pervade her life, almost systematically: happiness.