By Catherine Malichecq
The monitorial system is a teaching method developed in 1747 in France, then in Great Britain, before spreading to the rest of Europe in the 19th century. It depends on the principles of cooperation, autonomy, and responsibility, terms currently used by teachers dissatisfied with traditional teaching methods.

The History of the Method

Charles Démia, a French priest from Lyon was the precursor of this method. Nonetheless, certain principles of this model were already applied in ancient times. An Italian explorer in 1618 also alluded to children learning a lesson from each other on a beach in India. This is supported by Andrew Bell, a Scottish chaplain who observed this in Madras, India, in 1798, a method also known in Great Britain.

In France, several schools were created in the 17th century under the leadership of Charles Démia who theorized the method in 1688. Others, such as Herbault, applied it to under-privileged children before Lancaster gave it final form in 1801 under the name of the “Lancaster method” and it spread widely in Great Britain.

Fear caused the method to be decried in France. Firstly, it questioned the idea that the permanent authority of a teacher is necessary to guarantee the good morality of students and to watch over their development of intellect and knowledge. Secondly, from an economic viewpoint, the monitoring system allowed the low-cost instruction of the extremely poor and in record time. Also, some statistics of the time showed that this teaching method had allowed a 750% increase in the number of children being educated (Journal d’éducation, October 1828, p. 378). This method represented the possibility of educating the masses and a chance for individuals to progress from the lowly position of student to that of the teacher: a way of rising to another social rank.

These arguments certainly worked against the social order at an already troubled time with numerous revolts, such as the French Revolution. The Catholic Church, for other reasons, opposed this education method and Pope Leon XII went as far as to prohibit the monitoring system in 1824 while France marginalized it through a ministerial decision in 1833.

The Principles of the Method

The putting into practice relied on a hierarchy that was organized around general monitors, intermediate monitors, etc. down to beginning pupils. At the height of the pyramid was one teacher who could administer a school of up to 800 students and lavished an excellent education with only monitors. They, as for the other students, were responsible to learn at their own level and to transmit their knowledge to a lower level. This teaching method was both active and cooperative and offered surprising results: it allowed the learning of reading and writing in two years instead of the five to six years previously required.

The special organization required students to work at mobile desks. As activities and groups changed, students moved places. The classes were not organized according to age, but rather their function and level. The priority was the homogeneity of groups. Nevertheless, the changes in groups were, at all times, in function of the results obtained in the bi-monthly exams.

The subjects studied were mainly based on reading and writing, to which arithmetic was added in the 5th class. Of course, other subjects completed these core courses. They varied according to need, the schools’ geographic location, and the time period. Sewing, religious instruction, geometry, grammar, spelling, history, geography, physics, chemistry, chemistry, singing, Latin and drawing were a few of the complementary subjects.

The characteristics of this method are learning to read and write simultaneously. For learning, instructors used materials such as sand (to draw the letters at the beginning of the lesson), then the blackboard and wall chart. Syllabaries, reading and math charts were also used. It seems that only the last of the nine classes had a few books. This reduced costs considerably, especially since the instructors had only a modest allowance. Thus, even private schools that offered the monitoring system could offer low tuition that many families could afford.

In these schools, absolute order reigned at every stage and discipline was strict. Contrary to the custom of the time, hitting or threatening a student was forbidden, however each outburst was noted, examined and was sometimes the object of an internal judgment; and, the consequences could go as far as expulsion. 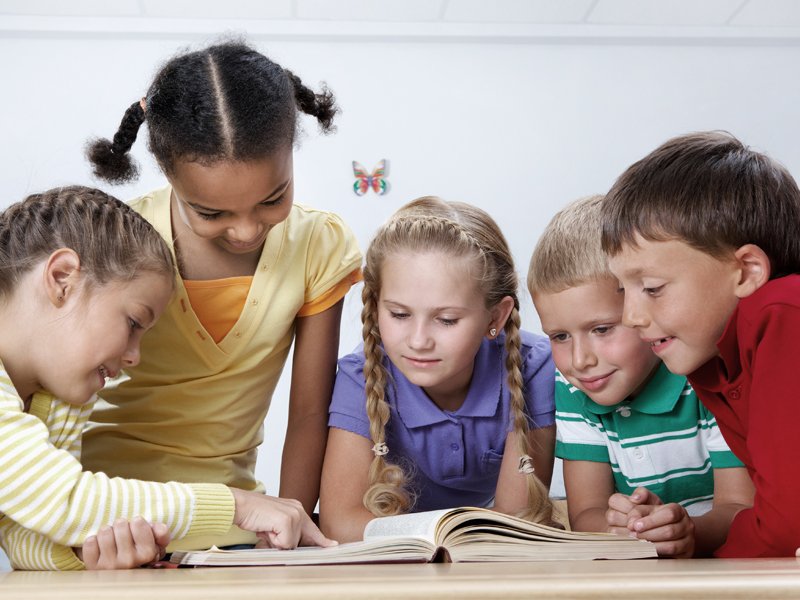 In Germany in the 1980’s, Jean-Pol Martin rediscovered the method. This French teacher who had lived in Germany since 1969, redefined the method by basing in on neuroscience and psychology of cognition. Thereafter, it was called Lernen durch Lehrer (Ldl), Learning without a teacher, and it is still encouraged today by the Ministry of Education in all German regions. For teachers who choose it, it is applicable in all subjects from primary to university.

Another adaptation, that of Vincent Faillet, French teacher and PhD in education, endorses this monitorial system as it was practiced in the 19th century. Classes are organized around three sequences: 20 minutes of class led by a teacher, 50 minutes are for exercises or explanations of students for their peers, and 10 minutes for assessment. To the initial method, Vincent Faillet added more freedom and responsibility for students who play the role of monitor.

We can also make the connection between this method and those propounded by teachers such as Sugatra Mitra. His experiments demonstrated how children can learn independently and share their acquired knowledge, even if very complex, with their peers. More information about this method is available in the article: Sugata Mitra: Education is a system that self-organizes.